What technology helps to build confidence before returning to the office? Among COVID-19?

What technology helps to build confidence before returning to the office? Among COVID-19? 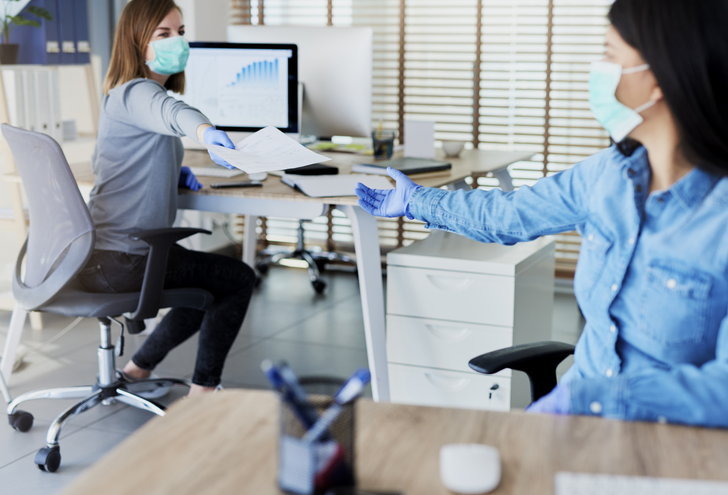 These technologies are divided into four categories, covering distance between society. Temperature detection Communication software And commuting to work As reported by CNBC and The Wall Street Journal.

In the past, there has been a development of a necklace-shaped wearables for employees to wear, called Bump, that use radio frequencies. Alarms if they are too close to each other at Manufacturing Technology Center in England. That have been tried Said useful It can provide more safety. This is especially true in areas that are often crowded, such as offices, warehouses, or in corporate dining areas.

Some offices adopt applications. To monitor the number of people in the office area And manage multiple employees from using the same space, some companies use apps to allocate employees to work at different times. To reduce the congestion of the office, etc.

There was an experiment using a camera that detects heat from a human body. To assess body temperature figures by British telecommunications company Vodafone. It was found that the temperature of about 100 employees was measured per minute and the error was about 0-0.3 degrees Celsius.

However, public health officials, including the World Health Organization. Not quite sure how effective it is to measure temperature alone. Therefore, temperature sensing may be required in conjunction with other measures.

In addition to "detecting" and "tracking", certain technologies are also used to kill specific pathogens or viruses, such as ultraviolet (UV) light, previously used to kill bacteria. But a Boston University experiment found that UV rays can reduce the virus as well. However, the World Health Organization has warned against the use of UV rays on human skin. After finding a potentially hazardous amount of radiation Some companies choose to use it for disinfecting the workroom or bathroom, etc.

Swedish telecommunications company Ericsson. Have tried to use special types of interior paints that have antimicrobial properties, etc.

It has been questioned whether software such as Zoom, Slack and Microsoft Team, which were used in widespread use during the time-to-home workforce, had been raised. How popular will it still be? If people gradually return to work in the office Some consulting firms think These conference communication software will continue to be popular. Because returning to work is still in a hybrid phase with a mix of employees who work at home and work in the office.

Finally, if returning to work How do employees travel safely away from COVID-19? Employees in large cities who use public transport are concerned about this. Especially if you have to sit close to others in the bus. Or the subway for a long time

Many startups hope they use the moment. More convincing governments and consumers to use electric two-wheeled vehicles such as scooters or bicycles in the UK. The government has now allowed people to ride electric scooters on the roads. And the same is being tried in other cities across the country.